Ever since its discovery at the Tevatron collider in 1995, the top quark has been a major research target for particle physicists. Due to its unique properties, in particular its mass (it is by far the heaviest quark known to-date), it serves as an essential testing ground of the Standard Model (SM) of particle physics and plays a key role in the measurement of Higgs boson properties. Moreover, many BSM scenarios expect the top quark to couple to as yet undiscovered particles whose existence might be revealed through measurements of top quark production.

The largest background for ttH are events where one of the hard radiated gluons splits into a b-quark pair. These processes are very difficult to calculate due to the rather high b-quark mass. A direct measurement of this process is therefore important and the DESY ATLAS group performed it in the di-lepton decay channel using LHC Run 1 data [3] as shown in the figure. 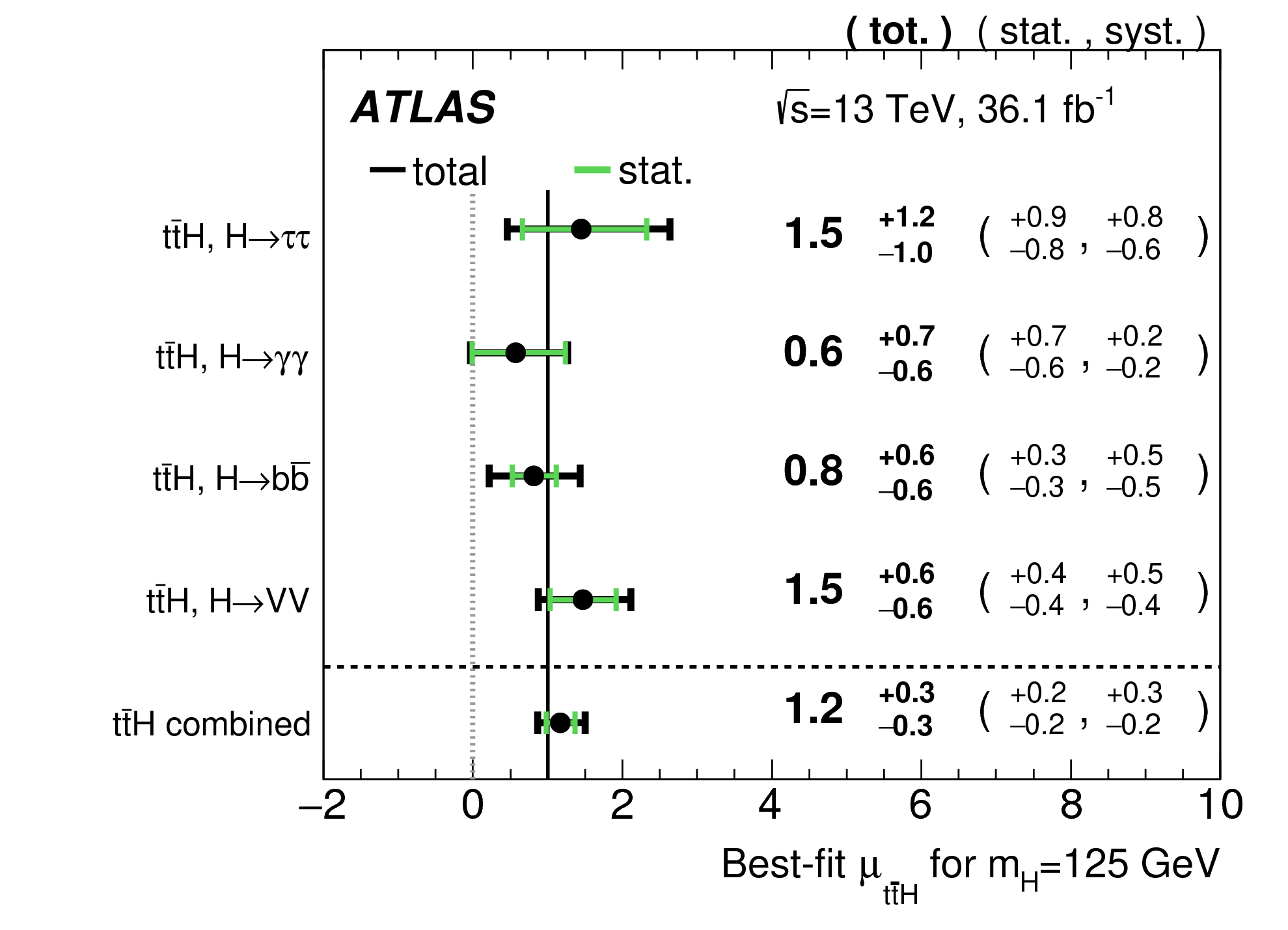 With the high rate expected in LHC Run2, the measurement of the very rare process a Higgs produced in association with a top quark pair (ttH) will be possible. This process is of particular interest since it allows for the direct determination of the strength of the coupling of the Higgs boson to the top quark. Since the SM confidently predicts that the Higgs boson couples much more strongly to the top quark than to the other, lighter quarks, the measurement is a sensitive indicator of whether or not the boson discovered at the LHC is indeed the Higgs boson predicted by the SM or something even more interesting. First evidence for this process was found using the LHC data from 2015 and 2016 as indicated in the figure [4,5]. The DESY ATLAS group contributes to this effort.↵
↵
↵