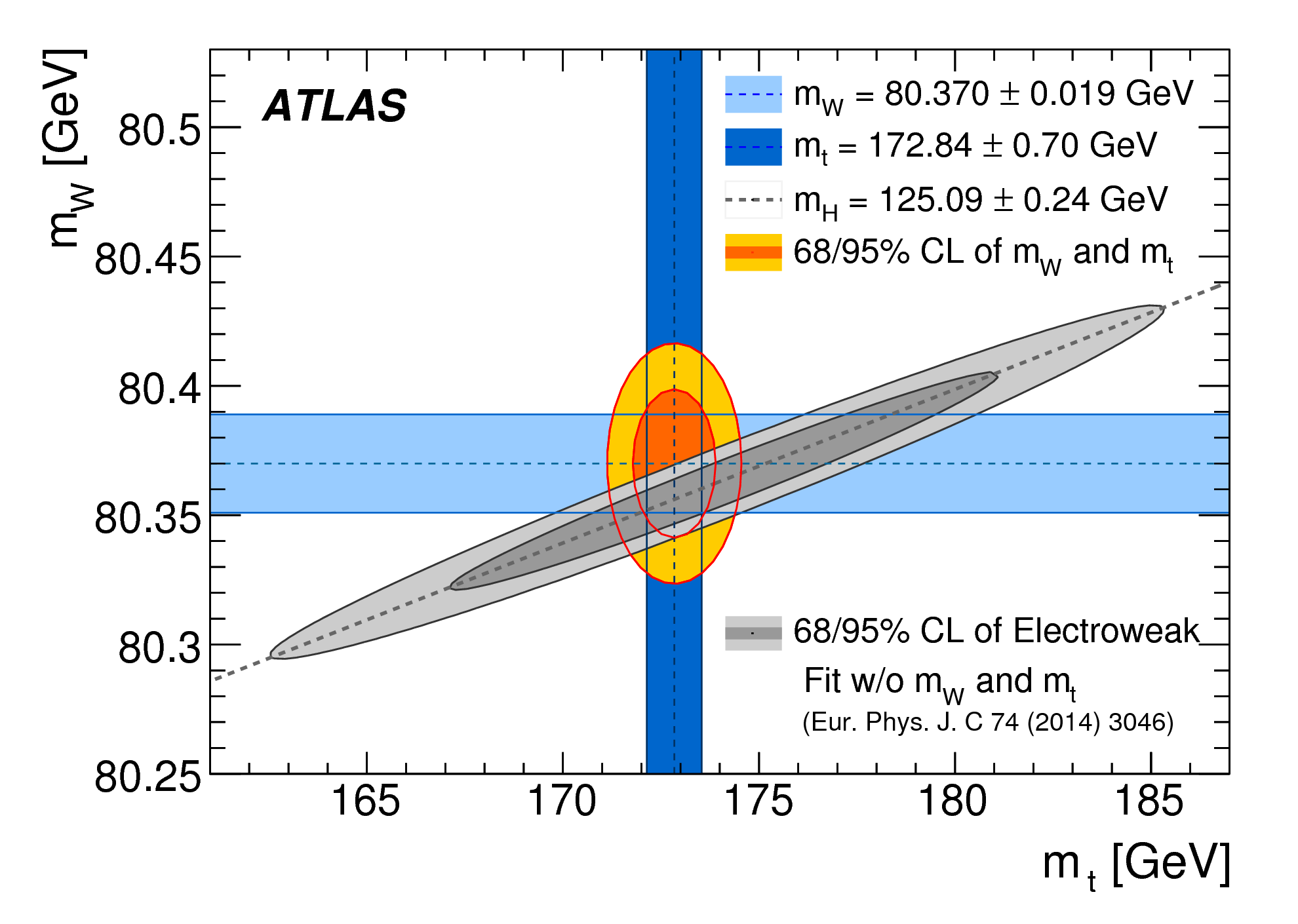 Further improvements for the determination of the W boson mass require better modelling of the W boson production, which is the primary contribution of the DESY group. Furthermore, W transverse momentum distribution can be measured directly using dedicated low pileup runs, taken at the end of 2017. The measurement may benefit from employing Machine Learning techniques for the unfolding.


The group is also involved in determination of the weak mixing angle which can be measured using the forward-backward asymmetry for Z bosons decaying into charged lepton pairs. The accuracy of this determination is expected to be at the level of the Tevatron combination, approaching the precision of the LEP/SLD determinations. As an intermediate step, a measurement of the triple differential cross section is reported in late 2017 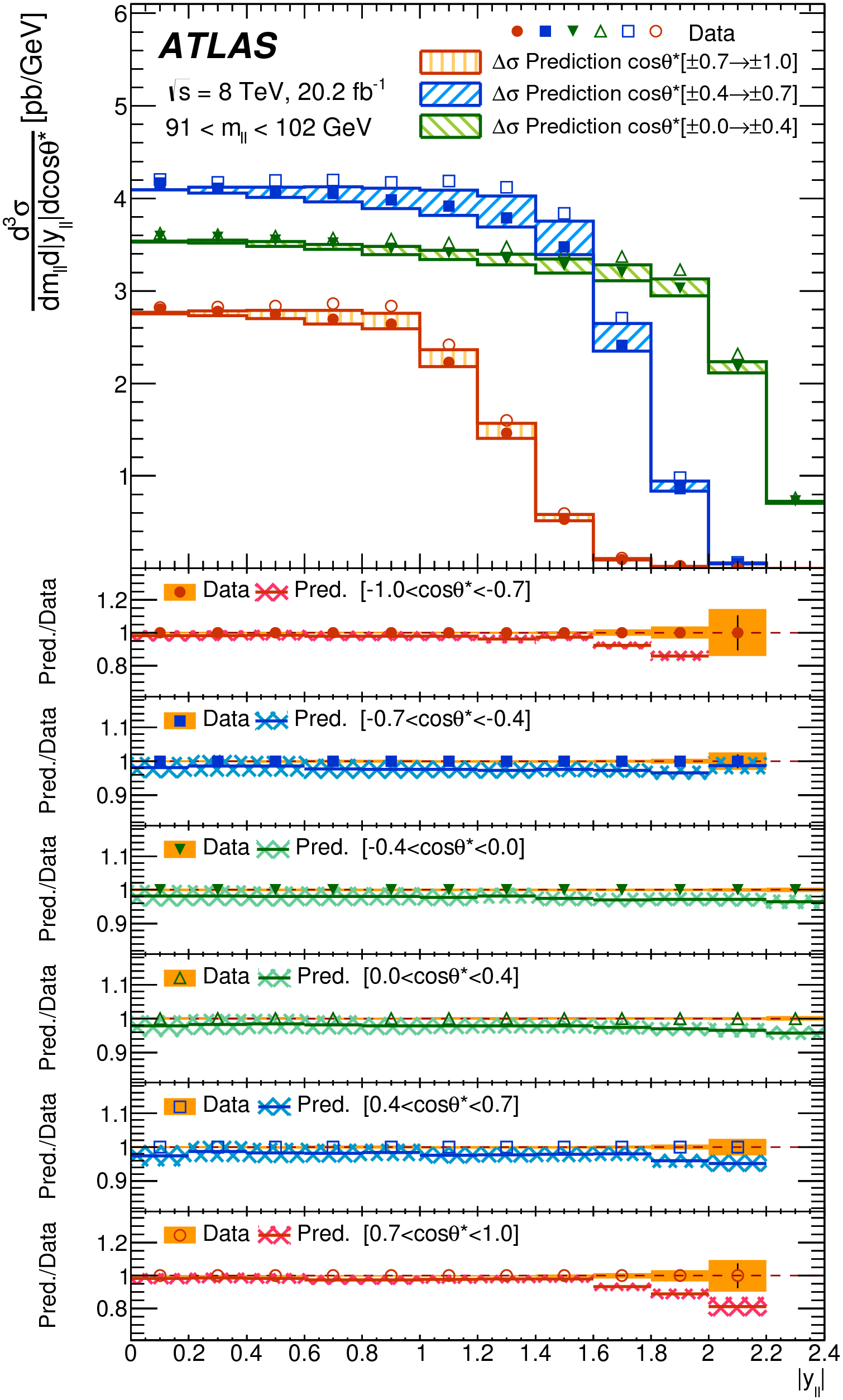 Further studies include fits to these data and other precision ATLAS data using xFitter QCD and electroweak analysis framework.


The group is also involved in measurement of the light-by-light scattering using ultra-peripheral Pb-Pb collisions. This rare process was observed for the first time in high-energy collisions in 2016. 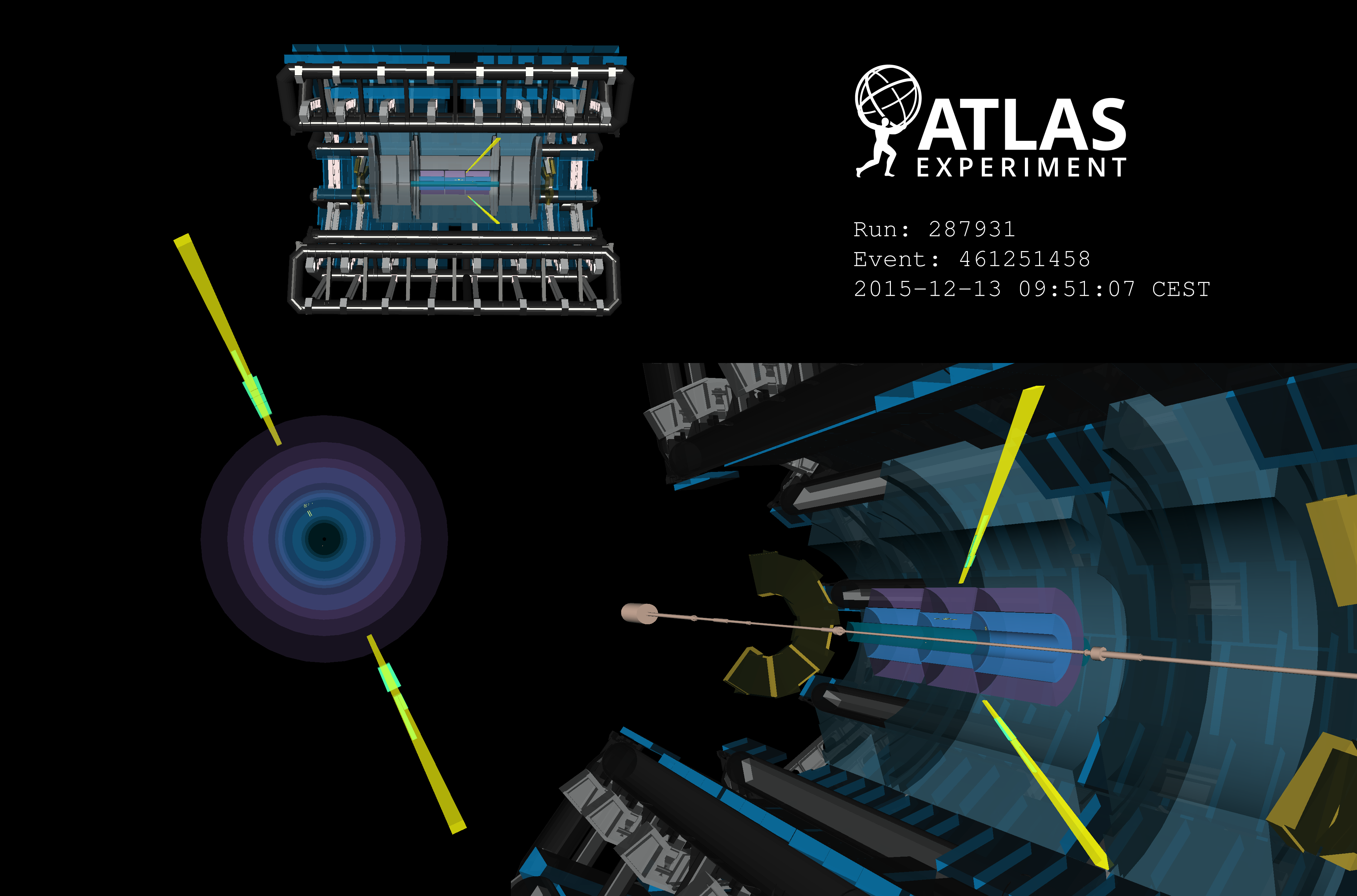 Further optimization of the trigger to allow detection of the scattering using lower transverse momentum photons should improve the reach of measurement to low mass dark matter candidates, similar to the range proposed to be explored by the Belle-II experiment.

The following is a list of recent ATLAS publications with a significant contribution from the DESY ATLAS SM group: